After several thousand miles and six roosts in the Sahara Desert Number 14 has appeared on the northern coast of Tunisia. At 1800 on the 1st May he was flying at 790 m at a speed of 51 kph towards the Feija National Park. He roosted for the night shortly afterwards. After a quick beer or the osprey equivalent where will he head for next?

Are Sardines on the menu ? 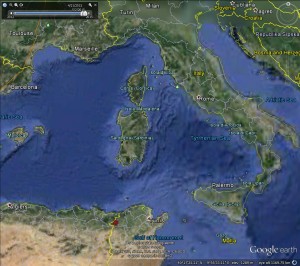 Six nights in the Sahara Desert.

Can Number 14 smell the sea?