What a difference there is when you compare the birds’ behaviour for this year as compared with their first breeding year. In particular the male Unring has become more and more comfortable around the nest. Both male and female ospreys have a brood patch – quite an unusual characteristic – although the female is more efficient. There is definitely a learning or experiential curve to incubating behaviours though. Reviewing old footage from 2013 shows this particularly. A few minutes after having laid her first ever egg KL lifted herself up to show it to Unring. The reaction she got was precisely nil. He appeared not to notice anything different in the nest at all.

Over the years though he has cottoned on and increasingly has inspected new eggs carefully, putting his head into the nest cup and gently turning them.

Again in 2013 Unring obviously found incubating to be a great bore, having to be coaxed in by KL and then constantly fidgiting, standing up, turning around and leaving as soon as any opportunity presented itself.

Now it is the opposite; it is all KL can do to stop him from incubating. A lot of their interaction now is characterised by gentle but determined battles of will where one is pushing the other out of the nest cup. There are a range of techniques to achieve this. Walking backwards into the nest cup by the sitting partner’s head, (oops, sorry was that your face – never saw you!)  a well placed leg or wing levering at the side,( heave away and up you go!) or a circular walking path moving in closer and closer (He-he sneaky!) In the end though the female, being heavier, has the advantage and so the eggs will get their  full share of her heat. 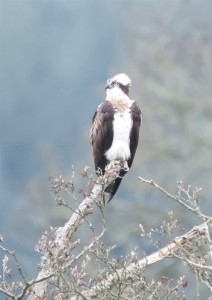