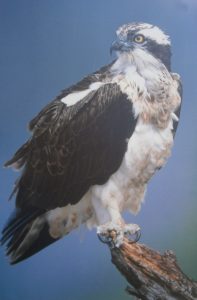 The glorious Easter weather has made the Lake District National Park into a 2,362 km2 Spring garden. Everything is coming into bud or bloom, sometimes faster than you can turn around to look at it! The Blackthorn blossom has been particularly abundant, covering its wicked black thorns with a churning mass of buttermilk flowers. Spikes a straight inch long stab at any unwary animal that attempts to take a munch, (and later in autumn will puncture the hand and ardour of any lured by the promise of sloe gin.) 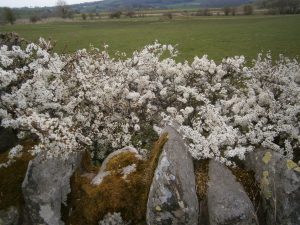 More curved, but no less black and wicked are the talons of our ospreys. We were watching Unring fishing over the weekend below the Dodd viewpoint. He made a few passes over the face of the water and then dived in with a tremendous splash of white foam. It was too far to see what type of fish he caught but it must have been a good size because we watched him really labour to leave the water and gain a little height. He flew with slow wing-beats, lower than usual, over the willow car, eventually collapsing onto a low branch to start his feasting.
Wrestling with such success against a large fish that will be objecting violently against abduction from its watery home, is due to the arms race of evolutionary adaptation. The feet of ospreys are designed to catch and hold slippery prey. The 8 talons of course stab deep into the body of the fish but to increase the holding power the soles of each toe are covered with small spicules that latch into the edges of the scales. In addition, where most birds of prey will catch their furry meals with three toes facing forward and one back, the osprey can twist the outside digit so that it can catch with two toes on either side, thus equalising the forces in a final Grip of Death.