Following on from last week, it appears that the Bassenthwaite nest has become hot property!

Shenanigans have continued all week, with an intruding osprey being seen buzzing over the nest on several occasions. Sadly, as we are unable to see whether it is rung or not during its visits. We cannot tell if this is just one intruder who isn’t getting the message or whether there are several birds with an eye on the nest. What we do know though, is that the bird(s) are certainly tenacious, often taking dad a couple of hours at a time to clear them out.
Saturday’s intruder was particularly determined. It all kicked off before lunch when dad was spotted chasing it down right in front of the viewpoint, much to the delight of everyone watching. In fact, in amongst the excited chatter of onlookers, you could hear the birds vocalising to one another. Then they slid out of sight heading north up the lake and were gone, leaving us to an anxious wait for dad to return.
It is fair to say that we are all a little bit jumpy after dad’s two day disappearance a couple of weeks ago so it was a huge relief when he came gliding onto the nest bearing a silvery gift for mum and youngster, 4 hours later! The relief was short lived though, for no sooner had he handed his prize over then the intruder reappeared over the nest, prompting dad to take to the wing once more to see it off. 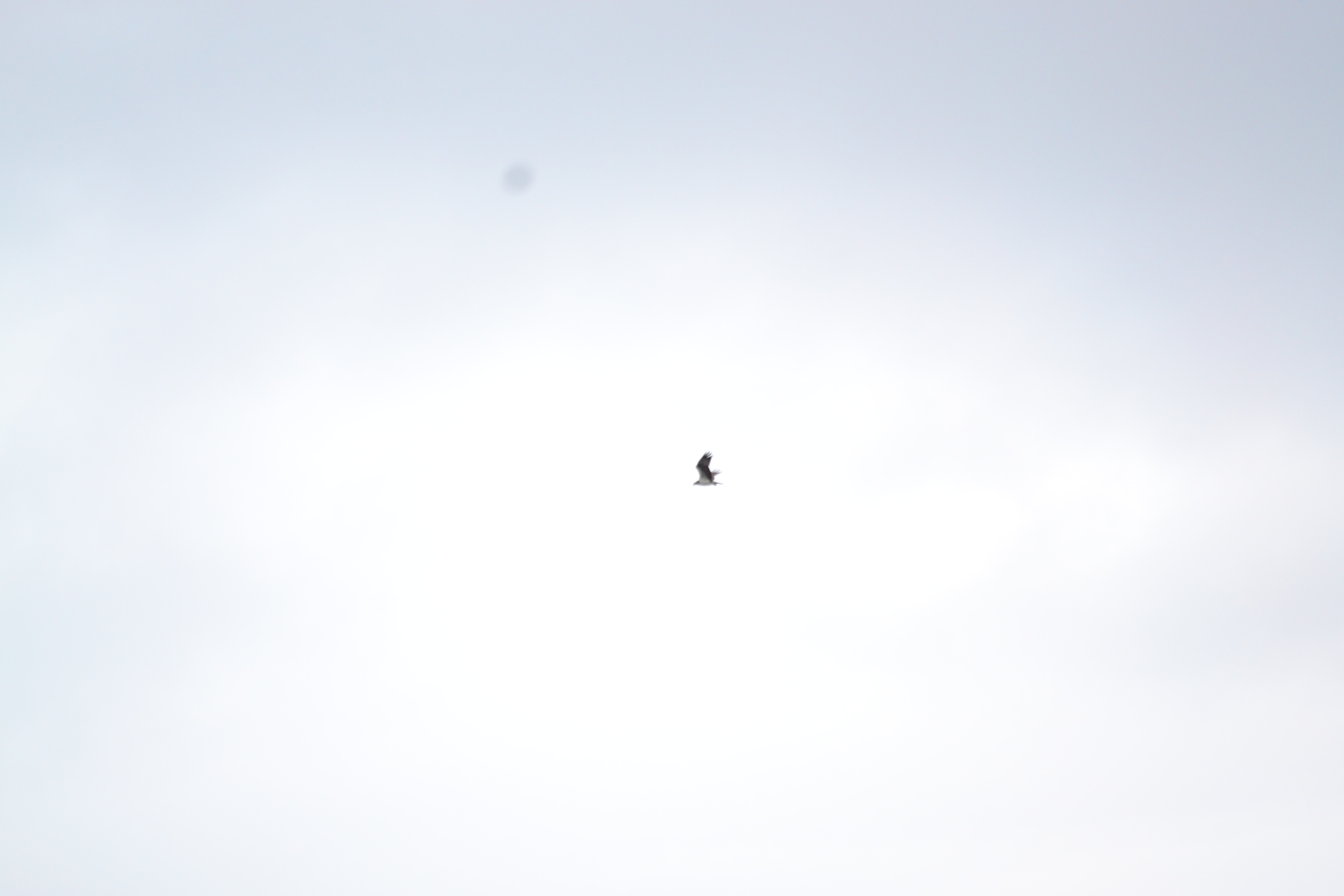 Eyes to the skies for that lovely osprey shape

You’ll be relieved to hear that dad isn’t always quite so rushed off his…wings.
In fact, as long as mum and chick are fed and there are no intruders, dad can put his feet up on his favourite perch and while away the hot hours of the afternoon. He did get a little too comfy on his perch on Tuesday though and had to be prompted to go fishing by mum who was less than impressed by his laid back attitude. She mobbed him until he reluctantly sloped off towards Derwent water. 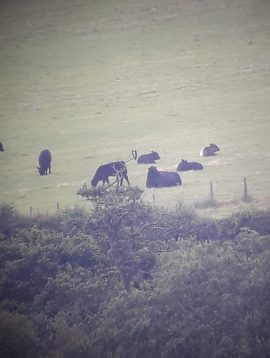 Dad in his “arm chair”

With the chick now four weeks old and growing like a weed (albeit a very cute, winged variety) and the weather so good, mum doesn’t need to brood it. Most of the day she sits up on the nest keeping a close eye on it whilst it siestas in the sun. As the hours slip by she moves around the edge of the nest, using her body to cast shade on the snoozing chick, a little bit like an inverse sundial. So any time we want to know the time at the viewpoint, we can take a glance at mum through the scope and work it out from where she is at that point. 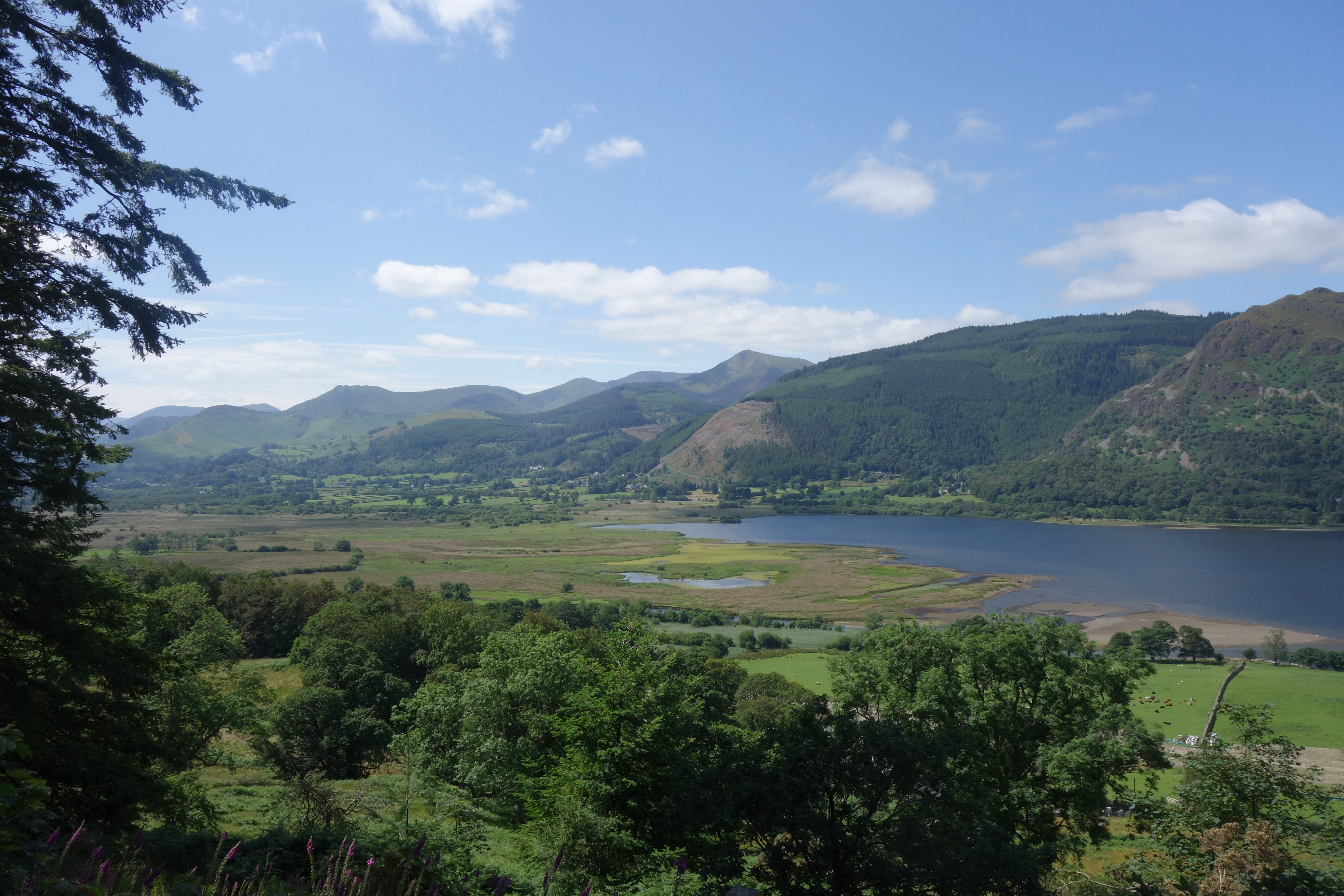 With all of this going on, it is a great time to come to Dodd and see the osprey family for yourself. Please be aware that the viewpoint at Dodd will be closed this week from Tuesday 9th July- Thursday 11th but we will resume normal opening (10-5) from Friday 12th. Hope to see you there!