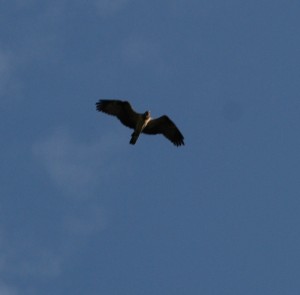 Both our young ospreys are on migration.

Number 14 left Bassenthwaite on the morning of Tuesday 10th September. Having whizzed through England with a strong tail wind behind him, his first roost was just north-west of Cherbourg on Tuesday night. His most recent position on Saturday afternoon (1400)  was south-east of Bordeaux, heading towards the Pyrenees.

Meanwhile on Saturday, Number 15 left Bassenthwaite on a similar route to her brother but at a more leisurely speed. By 1100 she was over Coniston, by mid-day just north-west of Nether Kellet having a break. Our last position recorded so far was 1400 just south-west of Preston near the village of Brindle.

Any Ospreys around Bassenthwaite now are either passing through or possibly our male.