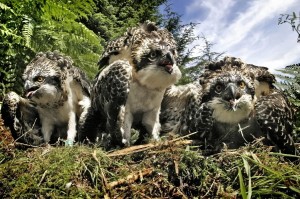 We have had a gap where all staff and volunteers were on furlough but the ospreys have continued following the cycle of the seasons and have bred successfully. Catch up with them using the diary and media links below!

Given the current health emergency, and guidance from Government on social distancing, to safeguard everyone, we cannot provide telescopes or staffed information at the Dodd Viewpoints.

However, the Forests and their Car Parks are now open at both Dodd and Whinlatter.  You are welcome to go up to the Dodd View Points and see if you can spot one of the breeding pair flying on the Marsh or fishing over Bassenthwaite, using your own optics. 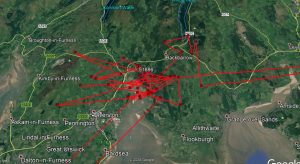 Travels around the South lakes over the past few weeks. 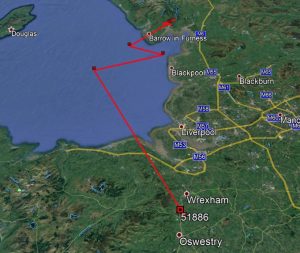 Day 1 of the migration

Roudsea to Wrexham – and that was the first indication that No 14 had started his migration back to his wintering grounds in Bioko on Wednesday 16th Sept. It was a leisurely trip starting at 06.55 with some swoops around the bay before heading off over the North Wales Coast and landing in a strip of woodland adjacent to a river near Wrexham. Via the M6 the journey would have been about 140 miles.